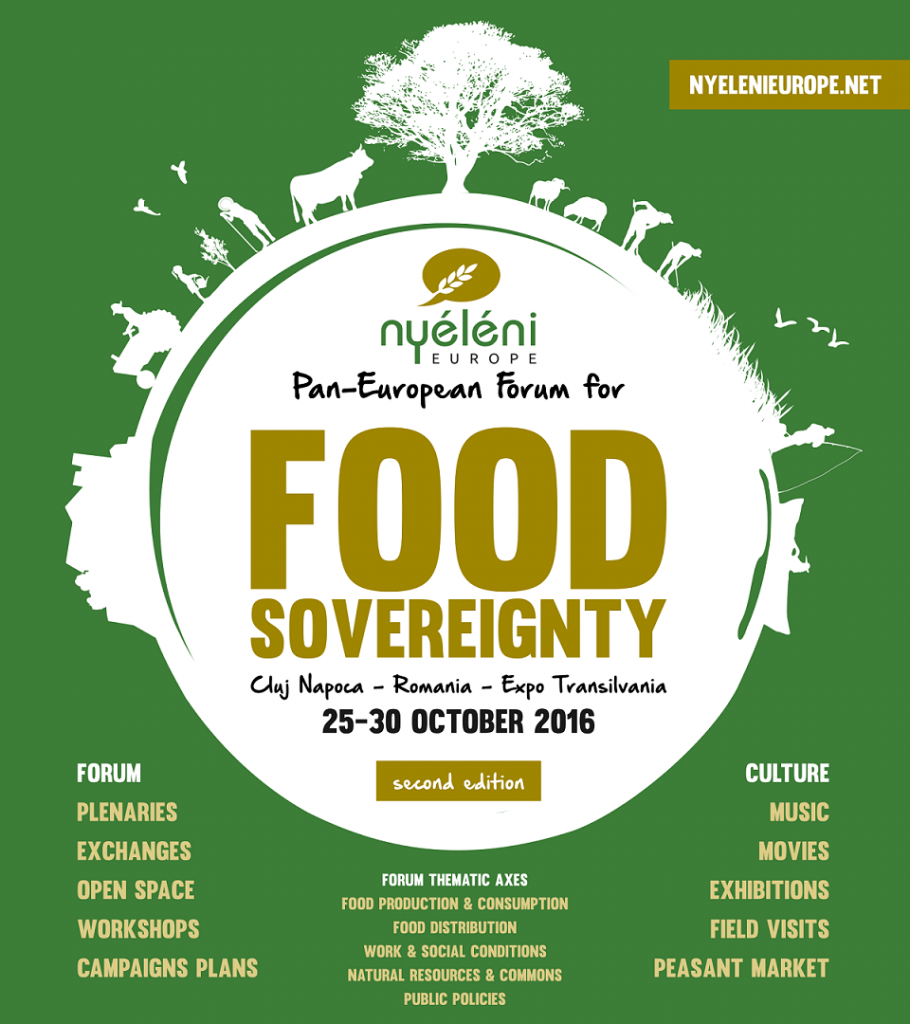 Nyéléni Europe is the widest international movement aiming to realize food sovereignty in Europe. It aims to build common strategies in order to re-organise the way we structure our society around food and agriculture today.

The name Nyéléni comes from a legendary Malian peasant woman who farmed, and through her farming fed her people – she embodied food sovereignty through hard work, innovation and caring. Nyéléni was the inspiration for the name of the first Forum for Food Sovereignty in Sélingué, Mali in 2007.

Food sovereignty is a policy framework advocated by a farmers’, peasants’, pastoralists’, fisherfolk, Indigenous Peoples’, women’s, rural youth and environmental organisations. It was launched in 1996 by the international peasants’ movement La Via Campesina during the FAO World Food Summit in Rome. Since then food sovereignty has played an increasingly important role in the debate on agriculture and alternatives to neoliberal policies. The food sovereignty movement is continuously growing in the Pan-European region.

Before the introduction of the food sovereignty policy framework, food security was limited to searching for ways to guarantee sufficient food through trade or food aid, at national or international levels. Food sovereignty puts agricultural producers and consumers at the core of the debate, and supports all peoples in their right to produce their own food, independent of international market conditions, and to consume local foods.

Faced with the failure of neoliberal policies and the deteriorating living conditions in both rural and urban communities, a growing number of political decision makers and social movements are taking an interest in food sovereignty. A group composed of Friends of the Earth International, La Via Campesina, the World March of Women, ROPPA, WFF and WFFP organised Nyéléni 2007, the World Forum for Food Sovereignty.